On the 17th anniversary of the Olmstead decision two respected Olmstead litigators have released the following statements in support for the Disability Integration Act. 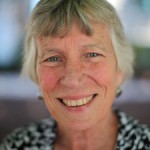 As we mark the seventeenth anniversary of that decision, however, we also must recognize that the promise of Olmstead, the promise of community integration, has not been realized for millions of people with disabilities in the United States. Public entities and managed care organizations still limit access to community-based services, and individuals with disabilities – unable to get the community-based services and supports they need – are forced into unwanted institutional placements in nursing facilities, state institutions and other segregated settings. To address this injustice, I support the passage of the Disability Integration Act (DIA-S.910), a bill establishing, for the first time in Federal statute, that people with disabilities have a civil right to live and receive services in the community, rather than being segregated in institutional settings.

On June 22, 1999, the Supreme Court held in Olmstead held that “unnecessary isolation is properly regarded as discrimination based on disability.” In this decision, the Court upheld the Americans with Disabilities Act’s regulation that “[a] public entity shall administer services, programs, and activities in the most integrated setting appropriate to the needs of qualified individuals with disabilities.”

As we mark the seventeenth anniversary of the Supreme Court’s decision in Olmstead v. L.C., it is important to remember that today people with disabilities remain segregated and locked away in nursing facilities and other institutional settings because states and managed care companies restrict access to community-based services. That’s why I support the passage of the Disability Integration Act (S.910), legislation that would clearly establish in Federal law that disabled people have the right, and the real opportunity, to receive services in the community, rather than being segregated in institutional settings.

The Disability Integration Act would finally unite those of us in the community with all of our disabled brothers and sisters who have been left behind in segregated settings all these years. I am adding my voice to those of my sisters and brothers in ADAPT and the broader Disability Rights Movement to call on Congress to pass this legislation because our people have been locked away for far too long and it is time that we recognize that it is a civil right for all Americans to live in the community. I also call on advocates throughout the Disability Community to contact your elected officials and candidates for office to secure their support for this important legislation.

It’s time that the United States finally assure that Americans with disabilities are afforded their right to Liberty as guaranteed to them under the Declaration of Independence and Constitution.

It’s time to FREE OUR PEOPLE!
The Disability Odyssey continues.